AT CURRENT TIME TONY IS ONLY ACCEPTING LIMITED BOOKINGS.

SEND YOUR REQUESTS TO 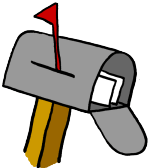 I have met some really big stars during my musical career.  Many of them were good people off-stage, and I found to admire them as human beings.  But, I've got to say that some of the nearest and dearest were the people which I shared the stage with on a regular basis, the common every-day people who had a love for the music which we made.  These are the true stars to me.  Here is a tribute to some of the musicians which I have had the pleasure of performing with at different points of my musical career.  I have fond memories of each of them.  You as well may recaoll some of these musicians, if not, let me introduce you to what you have missed... 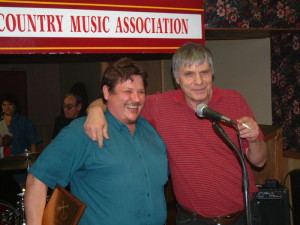 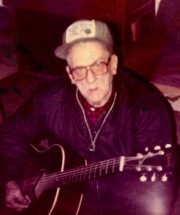 Allard J. "DUKE" Thomas, known to most people as Duke Thomas.  He was a master of the guitar, and taught many of players thru the years to play chords that they wouldn't have normally known, and shown them how and where to apply these musical techniques.  Duke made his home in the Portersville, PA area.  He was a regular performer with his band "Duke & The Boys" at the Valley Inn -- Homewood -- behind the Beaver Falls Holiday Inn for many years.  Musicians often joke amongst each other that they graduaed from the Duke Thomas School Of Music.  Though there was no such school, but he taught many of us.  He is gone, but certainly not forgotten, as he lives in the hearts and memories of many of us still this day. 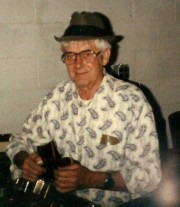 He was one of the most respected guitar players in his native western Pennsylvania.  Paul Dennis Sr. played in the style of the legendary Chet Atkins, usually playing his licks on a Gretch Country Gentleman Guitar, and in later years aquiring a Gretch "Super Chet" with all the gold hardware and keys.  Paul Dennis was far more advanced than most other guitar players, with a very melodic sound.  Other musicians would flock around and watch/admire this mans fingers at work on the neck of a guitar.  One of his favorite songs to play was "Misty" in Bb flat, and some of his other instrumental selections included "Cimmeron", "Foggy Mountain Breakdown", "Freight Train Blues", and "Sweet Georgia Brown".  It was a certain pleasure to work in a band with Paul, and a pleasure to have called him friend. 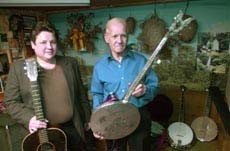 Charlie McVay Sr. made his home in New Castle, PA, but his musicianship, crafts- manship, and circles of friendship had no boundries.  There is not enough space on this page to write a list of all the things which could be said about this great man.  He was a sort of genius.  This picture is probably the first electrified banjo ever.  Charlie designed and built this instrument, though it was Buck Trent who got the first patent on the electric banjo.  The instrument which Charlie holds in the photo was featured in national publications.  Charlie was also known for the "McVay Steel Guitar" which he made-to-order in his little home machine-shop.  Lew Stempler still has the very first steel guitar which Charlie made, but there are still a few "McVay" steels out there.  Charlie used to travel as a young man with Bluegrass Bands.  Someone once told me (Tony) if you ever run into the Osborne Brothers ask them if they know Charlie.  I was backstage at the Grand Ole Opry one night years ago and somehow ended up in a conversation with Bobby Osborne.  I mentioned to him "I think we have a mutual friends", and I asked him "Do you remember Charlie McVay?"  He replied "Do I remember Charlie McVay?, I will never forget him!"  Then he went on to tell me that many years ago they were traveling with Charlie in New York.  It was rush-hour.  They kept telling Charlie "You better get some gas", and Charlie said "We'll be okay!"  Yes --- That is what he said right before they ran out of gas during rush-hour in the Holland Tunnel.  Thru the years the Osborne Brothers have told that story on many tv shows from Ralph Emery's Nashville Now to Crook & Chase.  He was a wonderful man and a good and true friend to many people.  We all have many memories of this man, Charles McVay Sr.  Click on the picture to read a 2001 article from the Pittsburgh Post Gazette, written by Jerry Sharpe.